5 Tips to Prepare Your Kids for a Photo Session

I have said it before, and I'll say it again. And probably will again and again and again in the future, but portrait sessions can be stressful.  Clients are paying good, hard-earned money for photos that they want to be perfect. The outfits, the makeup, the kids' clothes, the location. It's a big deal, especially for moms who worry that their child will misbehave or get shy or start screaming their head off in the middle of the first shot.  Let me just say it for those moms-sometimes you can do everything in the world, bribe them with the moon and all the stars in the sky, and they're still going to make it hard. That's what kids do sometimes. It doesn't mean that we can't get at least a few shots that will make you happy.

I once had a client who had a mini session on a chilly April morning. She wanted photos with her two children for Mother's Day, and since it was growing close, we decided to go ahead with it. Her little boy, then 5 years old, was not having it. He would not smile for me, and he definitely wouldn't laugh no matter how big of a fool I made of myself. Nothing worked. I talked to her about a reshoot when it was warmer if I wasn't happy with the images.

But later, when I was culling images, I found three of him alone that I knew needed to be included for her on top of almost 35 other great images. She later wrote me and said that one of those three was her absolute favorite from the whole shoot. I caught him at just the right time to get him looking at the camera. There was no smile, but she said that it was him perfectly, just how he always is.

So don't assume that just because they are not behaving the way you want that the photos won't be great. Even bad moods and cranky kids need to be documented!
Here are a few tips that could keep the crankiness at bay for at least our hour though!
1. Feed them
As adults, we get hangry. If you have a kid, you know that hangry can go from zero to ten really quickly. Don't stuff them so that they are groggy, but just enough to keep them satisfied.
2. Give them a nap.
If they regularly take a nap, make sure you don't skip it. Photographers are prrreeeeetttty understanding about it. My own daughter has a hard time figuring out what tv show she wants to watch, let alone be happy and content in front of a lady with a camera. If they are rested, they are more apt to participate and not try to hide their face in your armpit.
3. Bring a favorite toy or blanket, etc.
We can include the toy or blanket in a few photos, just to get your kiddo comfortable, then take it out. I know that most parents don't want a well-worn blanket or teddy in their family photos, but in twenty years, you probably aren't going to be worried about that, rather than how sweet and innocent and calm your little man or lady was for that photo. Promise me, let them have it for at least a few.
4. Let them laugh and play.
I try to schedule family portrait sessions for an hour. We do NOT shoot for that full hour. We really don't need to, if part of that time is spent getting everyone comfortable and happy and letting the kids get out their nervous energy. It is worth it to let them be themselves around your photographer so that when it is go time, they are ready. 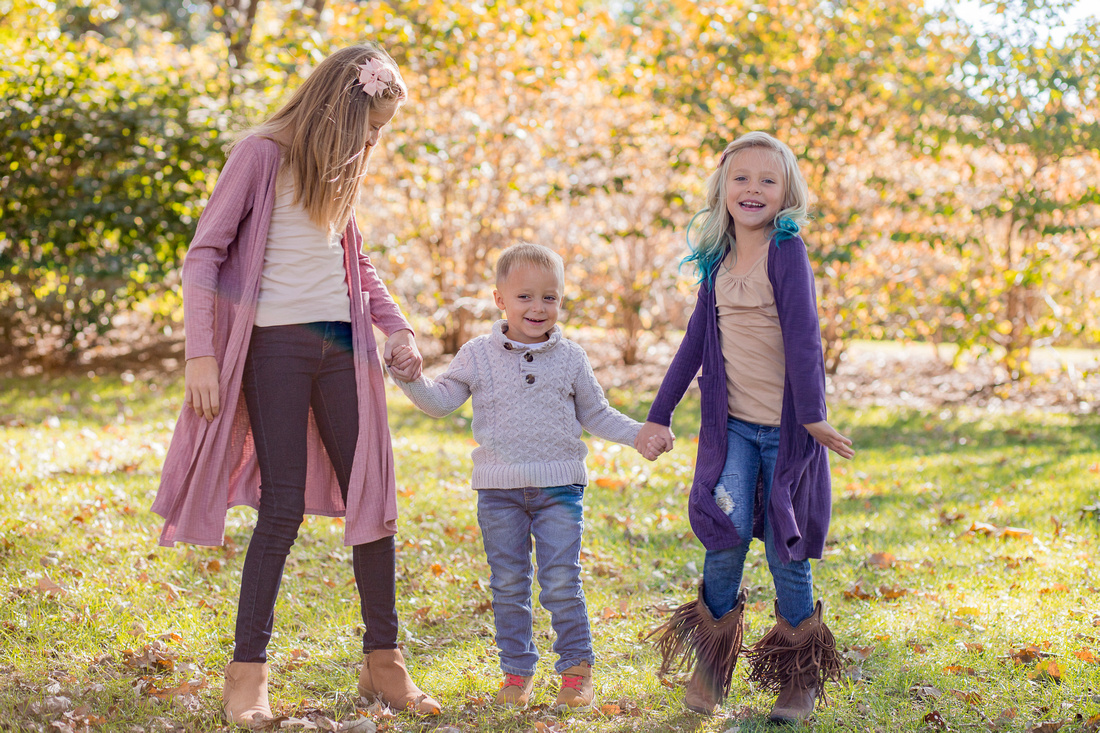